Triobo Kiosk – a set of digital publications in one single application categorized into folders, may be useful to publishers with a large number of digital magazines.

When you for example create a series of tourist guidebooks or other closely related publications and it is sufficient that all publications in your app are “side by side” (not in separate folders), then read more about Triobo publishing portal and differences between Kiosk and portal.

As mentioned before, Triobo Kiosk is especially designed for digital magazines. After starting the application readers see a list of titles, each of them displayed with most current cover. Then when a specific title is tapped on the reader gets to a deeper level, where individual magazine issues may be seen. 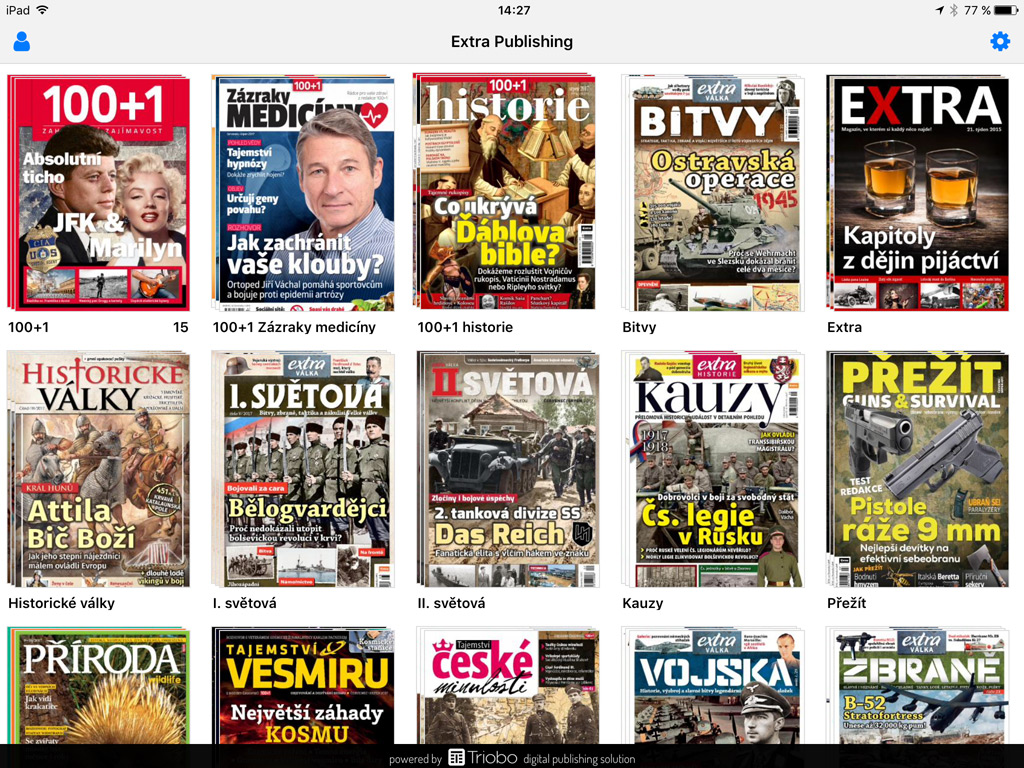 It is obvious that the icon with and application name of Triobo Kiosk is always made according to client specifications – readers only see publishers identity and brand name in App Store / Google Play.

Kiosk advantages? Easier marketing for publishers, promotion of just one application instead of six separate magazines. Also, imagine such situation where you have a very successful magazine and you want to start a brand new one. When you add a new magazine to Triobo Kiosk next to other successful title, all your readers will automatically learn about it because they have it already pre-installed in their tablets and smartphones.

Tip: publishers who use Triobo Kiosk, may have their titles placed in own Triobo Kiosk and also at the same time separately in App Store / Google Play – at very favorable price. The benefits then remain in both situations, for publisher a simple marketing and also easy to find title for new readers, who will only know the name of a particular magazine.